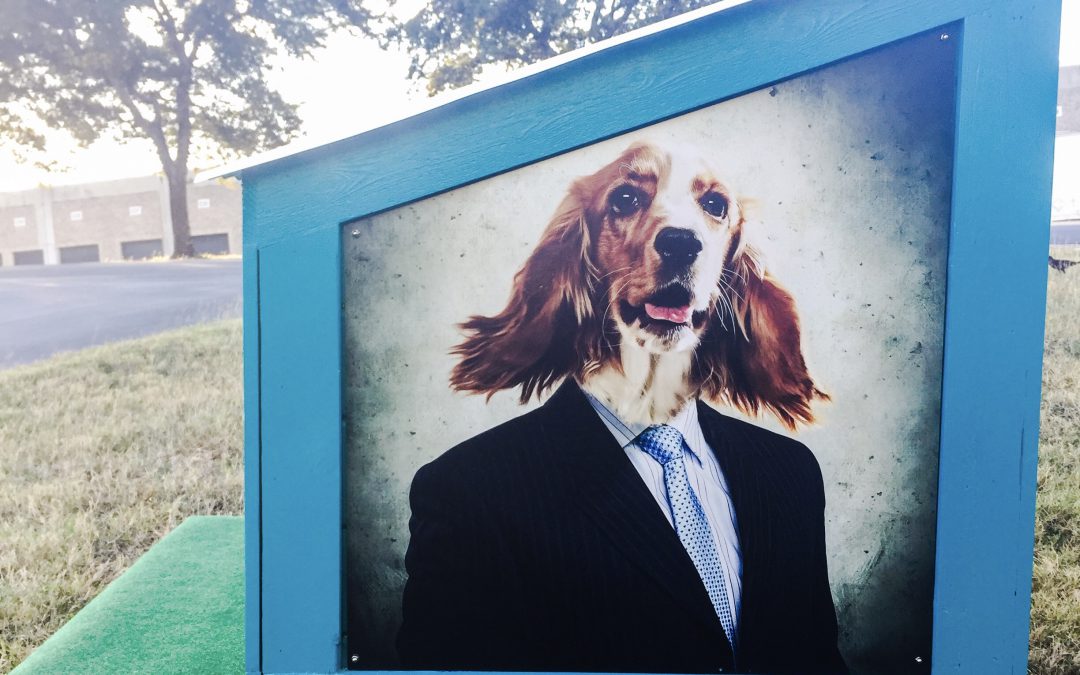 If you havent heard of Barkitecture Austin, you're missing out! Barkitecture is an annual event where local designers and architects compete to create the most awesome custom doghouses that you've ever seen! These doghouses are auctioned off to the public and the proceeds go to help local animal rescues. Of course there is friendly competition as these one of a kind doghouses are judged and the winners have major bragging rights until next year. In 2016, Pretty Kennels partnered with Urbane Design to build the Pawfect Pooch Pad. It was super cute and we were proud that it found a new yard to call home! The 2017 Barkitecture competition is more fierce than ever!  Pretty Kennels has partenred with Urbane Design once again, and we're working on a super cool new Barkitecture concept that you won't want to miss! If you're in Austin on November 4th, Come out to Jo's Coffee on South Congress and check out the Barkitect's latests creations. You could purchase your very own amazing doghouse.

Pretty Kennels is the creator and manufacturer of luxury transparent pet crates, handcrafted in Austin, TX.
US Patent D820,526

Ready or not… We can’t help it, the holidays make us giddy with cheer and we’re passing it along to you with 20% off starting Nov 25th - 28th at prettykennels.com. So if you’ve been wanting a PK, write those letters to Santa, Mom and Dad, Amex, or whoever and tell them about our only sale of the year! 💕🎄🎅🏼🐾
.
#christmasiscoming #spoilyourdog #livepretty #bestgiftever #nicedogs #naughtydogstoo #furbabies #christmasdecor #prettykennels ...

Thanks @whitepawphotography for documenting the girls out in the wild! Thanks for being patient with us and crawling on the ground while feeding them chicken while shooting and almost getting your fingers bitten off a time or two!
.
#petportrait #petphotography #chihuahuasofinstagram #dogmomlife #wildanimals #prettykennels #atxdogs #furbabies ...

Happy Halloween weekend from our little trick or treaters! Lola thinks Halloween is scary so she wanted to be a 🎄. Loretta is Snow White 👑 and Jettie is a 🦄. Maybe when they’re older they’ll do a family theme but for now they each want what they want🤷🏼‍♀️😁🎃.
.
#halloween2022 #dogsincostumes #chihuahuasofinstagram #furbabies #trickortreat #dogmomlife #livepretty #prettykennels ...

I don’t think she’s sorry. Luckily he still has all his fingers. Word to the wise, If you ever come to our front door don’t reach down to pet Loretta. 👹 ...